Stories
My So Called Ghetto Life by Elizabeth Griffin
Rated: 17 and older

Table of Contents
Categories: Original Fiction
Characters: None
Classification: None
Genre: None
Story Status: None
Pairings: None
Warnings: None
Series: None
Chapters: 1
Completed:No
Word count: 1836
Read Count: 183
Published: May 30 2020
Updated: May 30 2020

It's never easy raising a special needs child espically when you have a demanding career and you're a single parent. However when you're sent the perfect woman to help you; you don't turn her away especially when you're falling in love with her.

The waves are everlasting and they carry so many stories of the past. Stories that will never be forgotten.

The Neighbor *Under Revision* by Phalling
Rated: 17 and older 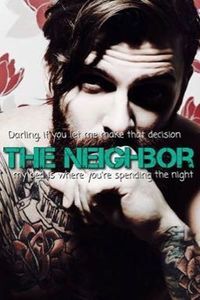 Lips, muscles, tattoos with a "huge ass print".
That's how my girlfriends first described him to me. Connor Brady. The new neighbor who had every woman in our quiet suburban town talking. He was of the tall, dark and ruggedly handsome variety. A little too rough around the edges. Cocky. With enough charisma to make you melt. All fine and good. But not for me.

The only man I was melting for was my husband. Married six years. We had a good life, with the big house and a sweet little girl we loved dearly. He worked. I wrote my novels and took care of our daughter, while occasionally dealing with his racist mother. Happily ever afters didn't exist but I had something close to it. But it all comes crashing down around me when my husband's betrayal shatters our marriage. It's in this low moment of despair that I find comfort in the neighbor. His companionship becomes something I crave. I wasn't looking for him but there he was. I should've resisted him... but I didn't want to. One night becomes two and then two turns to three and soon passion unlike any I've ever know threatens to upend our entire world and everyone in it. And the most frightening part was that I was willing to risk everything.

HER FRIEND'S OLDER BROTHER by marchpisces92
Rated: 17 and older

Having a crush on your friend's older brother can be awkard when you're a teen but what about as a grown woman?

When a struggling plus-size actress gets a callback for a major supporting role in a legendary director's indie film, she was absolutely ecstastic. Told that the lead will be acted by an A-lister, she didn't think it would be Nick Bryant until she arrived at her second audition. It's been nearly nine years since she's seen him. Nearly nine years since she's had his son and didn't tell him about it.

Things are about to go off-script real quick. 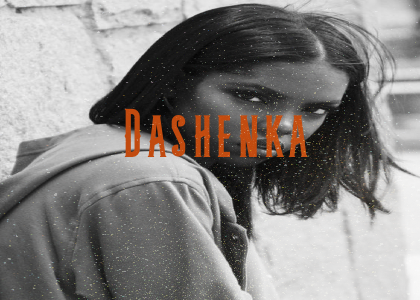 Dashenka [Dah-shin-ka] A species of wolves gifted with the ability to shift into human form at will. Through they look like humans, and possess human attributes, Dashenka believe themselves to be animals first. They are an insular group, not dictated by human laws. They live, act and govern their species according to their own set of law.

Calla Syden spent the last thirteen years avoiding the oppressive, totalitarian dictatorship that was the Dashenka commune, only to end up in the arms of a man who was no better than the males of her species. Now battered and broken, the commune is the last place she ever thought she would find peace, but it's exactly where her wolf needed to be to mend her wounds. Her peace is short lived however when the commune learns of her return and it causes an uproar. In her culture, to her people, Calla was considered Ha'das. Traitor. She'd broken their most fundamental law and now they wanted retribution. Rennik Di'lor was the male charged with meting out that justice.

Rennik Di'Lor had been her accomplice in everything. It was with him Calla experienced the best and worst part of life on the commune. Calla knew him better than she knew herself. Or at least she thought she did. The intimidatingly massive male, with hardened features and cold gray eyes was not the Rennik of her past. This male was Dashenka through and through. Uncivilized, domineering and cruel. Everything Calla feared and hated.

A quiet shy university student has a secret. It’s one that he has no control over or no recollection of. Sally McDonald is not who anyone thinks. Her life is filled with secrets. Some she doesn't even know about. But when Storm Monsello sees the terrified girl one night, he never expects how much her secrets would reveal the dark actions of the people he trusted the most.

The Bones by Smartcooki3
Rated: Members ONLY: 17 and Older

The Bones is the sequel to Outlander.

Four years after getting married, Landon and Daphne appear to be happily married. Behind closed doors, the two are struggling with fertility issues that threaten to claim their marriage. 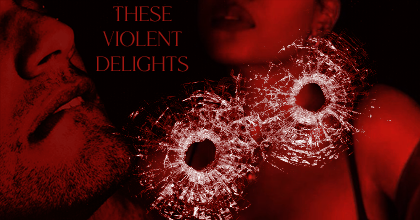 A dark tale of love and violence.

PART OF HER WORLD by marchpisces92
Rated: Mature Content

The Good Husband by Elizabeth Griffin
Rated: 17 and older

Yours If You Want It by KayLaShay
Rated: Mature Content

Fling. noun. A short period of enjoyment or wild behavior. Apparently neither of them understood quite what that word meant.

Without Words by Camille Mackenzie
Rated: All Ages

After a car accident that killed her parents and robbed her of the ability to hear, Emmy Chapman was taken in by her crimeboss uncle. Deprived of affection and used as a tool in his business, Emmy seeks a way out. Willing to go to jail than to spend another day as her uncle's prisoner, Emmy hires Benedict Cornerstone.

Ben is New York's top criminal defense attorney. By chance he meets Emmy and immediately and their attraction is undeniable. But taking her on as a client complicates things. Ben doesn't know how to let her in and Emmy doesn't trust her heart. The lines are constantly blurring between them and they have to find a way to deal because Emmy's freedom is at stake.