Stories
Caution With A Rose:Loving Milo by minxwriter
Rated: 17 and older

Who can you trust in this fucked up world? Nobody that's who!

Jelena was forced to live in the real world after her parent's were gunned down. It ain't all cotton candy and gumdrops either. You either have two choices here in Vegas: TO LIVE OR DIE. Jelena thought she knew life but nothing prepared her for life with Milo Castillo.

This is the story of Jelena Vera.

She fell in love with a Boss.

Meant to be by sweetrst1
Rated: 17 and older

The Pick Up Artist by Mello2014
Rated: Most Ages

"So...thou art the Goddess of weather?"

The Sweeter the Blood by black_swan
Rated: 17 and older

Damon and Bonnie are trapped in an alternate Mystic Falls where they're the only two people alive. Though they thought spending every day together would make them want to rip each other's heads off, the two frenemies slowly become friends. Or at least that's what they label their relationship. They don't have time to figure out what's going on between them; not when they are certain they aren't alone and something dark begins to happen to Bonnie.

An Ashby Christmas by Qsmommy05
Rated: 17 and older

The Ashby family has gone through a lot over the years.  This year they are determined to have a perfect Christmas this year..but is there such a thing as perfect.

Christmas in a Blue Box by Calliope
Rated: 17 and older

In this SuperWho fanfic, Martha Jones has left behind her position with UNIT. For all intents and purposes, she is a country doctor living along the shore in the village of Sommery, Kent, England.

Her one adventure each year occurs when The Doctor visits for a holiday.

While on a short stop to poke around a bit in Ashville, AL, Martha meets a handsome hunter who gives her the best Christmas Eve of her life.

Will her gift to him change his idea of holiday as well?

When the Blood Stops by California Girl
Rated: Teen or Above

There are three of them:  a cyborg named Cerin who wants revenge against her captors, dragging two humans along with her. One is Tanaka Kawasaki, the  master that had both feared and hated her, ruling with an iron fist. The other is his son, Hideyoshi, the childhood friend who decides to sacrifice their friendship to save his own skin.

The three of them could not imagine this journey leading to anything but death and sorrow....unaware  that it is the path to redemption ....and forgiveness.

The Path by California Girl
Rated: Most Ages

Enough is enough....a path must be chosen.

A Love That Won't Hurt by C Henderson
Rated: 17 and older

Keline's heart is locked to her boyfriend Jared even as she knows that being with him is causing her nothing but pain. It's maddening that she still loves him and has trouble letting him go. That was until someone she least imagined would open her eyes shows her that a real love should never hurt.

haunted by Drogheda
Rated: 17 and older

Her eyes closed and she could see his face behind her eyelids. He was there smirking at her. He was in her blood, in her psyche taunting her and haunting her with every memory of every touch, every look.

The sound of his voice distorted, memories shifting and changing as they often do. Her hero, her love now her enemy and the one she loathes. He was out in the world while she was stuck in place.

Beyond A Reasonable Doubt by LawyerForLove
Rated: 17 and older 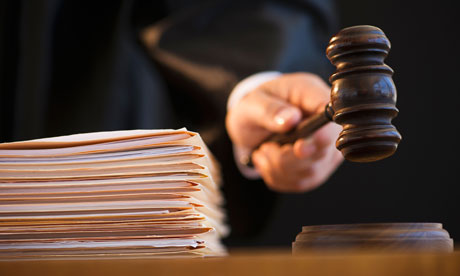 Talia Simmons is an intelligent, bright American law student who travels to Cambridge University in order to attain her international law degree. Used to reading cases of others, she soon becomes her own attorney in a case that no one, not even her closest friends saw coming.

Count Your Blessings by impvme
Rated: All Ages

Joss reflects on what and who she has to be thankful for in 2014. This is A/U because Joss has survived the GSW to her chest inflicted by Simmons.

I'm still working on another fic of the conversation between Taylor and John after Crossing but before 4C.

The muses are being stingy with that one but laid this one on me yesterday as I was driving to pick up my brother for Thanksgiving dinner. I wanted to finish and post it before midnight last night so I could post it on Thanksgiving but alas and alack that was not to be. So here's a little belated Thanksgiving story. And I hope everyone had a great Thanksgiving.

As usual I don't own anything that has to do with Person of interest except my disappointment over Carter's death which said disappointment was added to by Scareface's unfortunate sacrifice last week. They now have something else in common. They both gave their all for the ones they loved most.ful for in 2014.  This is an A/U because Joss servived the GSW to her heart.  Happy Thanksgiving everyone.

Worse Divide by Fatal Mars
Rated: Teen or Above

Daizan has spent most of her life with a chip on her sholder and a dream that she will not be swayed from. Akiyo has spent the last few years escaping his family obligations through travel and attempting to find himself. She hated him immmediatly, he had no morals.

In the Dark by Fabjay
Rated: 17 and older

In a world where electricity no longer functions, Erin, her older sister Ray and her baby nephew Michael have teamed up with a group of others to survive. They need to stick together to get through tough times when the world around them has turned savage, looting and killing in order to survive and cope with the loss of what was once taken for granted all across the planet. Erin must help keep the small family she has left, safe.

Summary: Modern Love Story
Zane was just hitting his stride in the modeling world. He had good friends and family and he enjoyed being able to support himself. However he didn't have one inkling of how hard it was to maintain happiness and good fortune in a world of sycophants and envious frenemies until that fateful night. Yet on that same night he discovered that there were still good people in the world, one person in particular in whom he may have found paradise. Although both of them have their struggles they will soon discover through passion and turmoil how to make love thrive in a modern world.

He's the world's most famous supermodel.

She's the church singer whose hypocritical lifestyle has been unveiled by one simple picture with him.

A story of redemption, love and family.

A Rose for Ms. Roberts by Vida Henley
Rated: 17 and older

"I want you to teach me everything you know about sex..."

'When sirens sing they bring war...'

Khadijah has never had a normal life, not that she really minded. Working as an agent for Chamber 6 and living the life that came with it had it's perks. One of them being that she had access to all the free bacon she could eat. Another was being fully aware of the supernatural world that surrounded her.

Bertha by TheOneAndTrueKing
Rated: 17 and older

All she wanted was to live

Play by CaramelGal
Rated: 17 and older

One night of passion. That all started with a grapefruit.

ME&U by Elizablu
Rated: 17 and older

Mal has wanted her since the first night they met. CoCo has been fighting her instant attraction from day one. Will past dirty deeds keep these two from the one thing they both need...each other.

ME&U is an original work of fiction please do not copy or post this story to any other websites.

###DUE TO A FUCKING THIEF KALANI ZOLDYCK, I TOOK MY STORIES DOWN###

The Uninvited by Joelle Jax
Rated: Members ONLY: 17 and Older

When Annalese Evans agrees to serve as medical staff abroad a corporately owned space station, she finds herself involved in an illicit relationship with the chief researcher and leader of their small team, Dr. Jackson Franco.  With the exception of periodic flares in Dr. Franco’s anger and his ego, all is well with their four-man crew—that is until they rescue a stranded cosmonaut who brings to bear the past Annalese thought she’d left behind.  With his arrival, it soon becomes frighteningly clear that not everyone on board is who they claim to be.

A Martini and A Beer by MsWorldSick
Rated: 17 and older

A chance encounter turns into something more for a young black woman.