The Demon Seed by Happy2bNappy
Rated: 17 and older

Babies should be a blessing. But not all of them are.

It's no secret by DeepPurple
Rated: 17 and older

This story is a follow up to Audition pairing Eric and Tara together again.

Lies Of Promise by dante giovanni
Rated: 17 and older 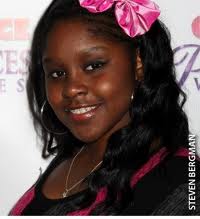 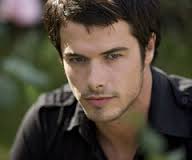 Pushing the horrible memories of her past in the back of her mind, Poppy DeFleur, is a young woman with a dark past who is struggling to find herself with no clue of what love and friendship truly means. Prince Beaumont is an educated man who is struggling to find happiness in his hometown where he is seen as a second class citizen despite being a role model for the children in his community. Will these two come together and realize they are meant for one another? Or will their differences despite their similaries tear them apart and send them on a journey neither bargained for?

Keeping Secrets by Joelle Jax
Rated: Members ONLY: 17 and Older

A response to the "How Do You Like Your Coffee" prompt.

Dominion by WalkingPapers
Rated: 17 and older 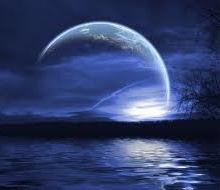 The Redtips Wolf clan wrongfully accused of hunting humans on Vampire Lord Jye's land; must give the only maiden of their pack,Sarason as concubine, to save their clan from destruction.

Esmee's (Not So) Little Brother by Yuukiyanagi
Rated: Mature Content

Rafael Vargas has been in love with Tomiko ever since his teens. When he hears she might be leaving for good he realizes he needs to make a move and soon. There’s only a slight problem. Tomiko is his big sister's best friend and Rafael knows convincing Tomiko to be his is not going to be easy.

A high tech prison were the most Horrific criminals meet their demise........

Syn by PurpleChocolate
Rated: 17 and older

One purple eye and one brown eye, the eyes that marked her as not just as a 'demon' but as a halfbreed.

Solana Blue is a young African American woman, who comes from a line of an ancient race of humaniod wolves that evolved to be able to survive the modern human world. As a young girl ,she had to learn what was like to be an Alpha as her parents were murdered in a wolf raid. She had no choice but to fight to protect her younger sister Eris Blue.

Now at the adult age of 18, she must leave her grandmother's home with her sister to live with her potential mate Matthew Cruz in order to create a pack of her own. As the Blue sisters with under the Cruz house, Solana has to soon choose to become one with Matthew before the first Full Moon. But Solana is not sure if she can handle the sudden adulthood.

Hurricane by ParisInWonderland
Rated: 17 and older

Struggling med student Aspen Hale makes an extreme decision that will send her into the underground world of elite escorting. She convinces herself that this wll be a one time thing, but what happens when a dangerous Wolfe makes her an offer she can't refuse? Make Me by ParisInWonderland
Rated: 17 and older

When recent college grad, Lily Taylor became the personal paralegal to the notorious lawyer of the stars, Aiden Hawkins, she never knew that she would have her hands tied with him...literally. It has been Centuries since Human and Other Beings decided to live apart from each other thus the Southern and Northern Kingdoms.Two beings and Fate had other plans, what was decided by the humans, Weres and other beings had nothing to do with Kiero and Palesa most definately not Fate...

"I'll taste the devil's tears, drink from his soul, but I'll, never give up you."

He was a complete stranger who had a knack for taking what little walls people had built up around themselves, and tearing them down.

She was the victim of his demise, his misery, then soon enough, she fell victim to his love.

To Tell or not to tell: That is the secret by BabyPasha
Rated: Teen or Above

A drastic mistake has followed Casi for years. Will she heed the warning or take the chance?

A response to the Second Chance prompt. 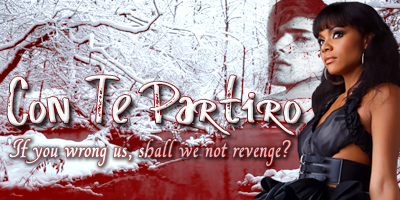 "If you prick us do we not bleed? If you tickle us do we not laugh? If you poison us do we not die? And if you wrong us shall we not revenge?"- William Shakespeare

She didn’t believe in love at first sight, yet when she met Fabian she believed in anything. Even the belief of her death at the hands of her lover…

The Karate Master by JLeshay
Rated: 17 and older

Tai never understood why his family thought it was best to send him to the United States until he met Lana, a beautiful woman with a very troubled past and is broken. Can he fix her, or will she have to fix herself? And what's up with her obsessive ex boyfriend and her colleague who she sees as just a friend?

About Last Night by Mello2014
Rated: Most Ages

"You slept with Oliver Wood's fiancee. I'll need the money for your funeral". I am not a neophyte with umpteen degrees and a horrible past in search of a father figure working as a personal assistant for a rich bad boy with uncle issues who has a penchant for BDSM contracts and sex slaves, owns sex dungeon and doesn’t do girlfriends or sleepovers.  I am sure you get the picture.  What I am is a highly successful woman who has lived and loved and experienced the best and worst of what life has to offer. And in spite of the setbacks, I still believe in love and will always seek the HEA, regardless of my wounded, battle weary muses and their words of doubt and opposition. Now before I let you in on more of me, the good, bad, naughty, crazy and annoying,  while I am not that ingénue, I do share her attraction to bad boys with issues who recognize the sexual submissive in me and understands what it means to be my dominant lover and not an abuser.  I hope you enjoy the ride and trust me to take you where you need to go in my life that is a mix of smooth highways, off the beaten paths and bumpy side roads.

We all know that Elisa Shayne & Jay Parker, broke up about 8 years ago. But, what if they didn't break up and what will their relationship be like? This story is about how Elisa & Jay, first met and how they fell in love. 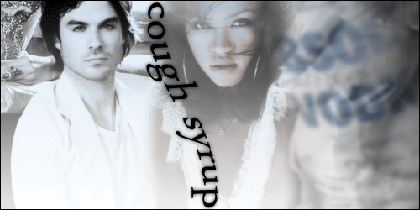 It's been over a century and a half since she's seen him; Numbing her feelings still has no effect.

He thought she was dead. There was no way she was alive after 150 years. Damon watched them bury the bodies long before he turned. Yet there she was, at the bar, ordering a drink as if it were just any other evening. "Sydney."

Mist of Eternity by shyangel
Rated: 17 and older

Nina has just started to live her life. She drops out of school and moves to L.A. At 23 she is essentially having a midlife crisis. So at this point she was not mentally or emotionally prepared for a relationship. Then she meets Alexander, the dark stranger with as many secrets as there were stars.

Nina wants a brief affair but Alexander has different plans he has waited years for her to walk into his life and he is not willing to let her walk out of it so easily. Even when shadows from his past reappear he will fight for a future for them. The question is will she fight for a future with him?