The Canterbury Tales is a collection of stories written by Geoffrey Chaucer in the 14th century (two of them in prose, the remaining twenty-two in verse). The tales are contained inside a frame tale and told by a collection of pilgrims on a pilgrimage from London Borough of Southwark to visit the shrine of Saint Thomas Becket at Canterbury Cathedral, considered to be Chaucer's magnum opus.

This is an invitation to all writers to bring to life their own delicious tales based on the magnum opus of the one and only Chaucer, and join the Chamber as we ride a caravan through the middle ages, with a modern day leap.

Stories based off music. Basically the stuff I daydream about when listening to my favorite songs.

My response to different challenges on the Chamber

Parent Series: None
Categories: Original Fiction
Characters: None
Classification: None
Genre: None
Story Status: None
Pairings: None
Warnings: Adult Situations
Challenges: None

Welcome to the Windy City!  Where Big City living meets Midwest Charm.  Where Corruption and Ambition meet Compassion and Love. 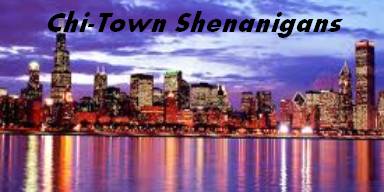 "I give you Chicago. It is not London and Harvard. It is not Paris and buttermilk. It is American in every chitling and sparerib. It is alive from snout to tail."

James and Tristen's journey through life.

At two, Isabella Rono and her father, who had been left no options, moved to France to stay there since her mother spoke so fondly of visiting there when she was young. At nineteen, after living there for quite some time, she was given the chance to become a caretaker to a young boy named Yves. The boy hadn’t been given much love and had lacked care. She looked after him like a mother and he had become attached. Around 2008 when he was eighteen and she was twenty-nine, she retired and moved to New York. A year later on, she married a man and started owning an apartment complex. The two were reunited three years later, along with Yves’s brother, Audre.