Stories
Now is always the time by magensby
Rated: Teen or Above 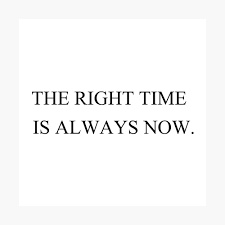 Nightmares for a Lifetime by cinnamonsugar
Rated: 17 and older

Michonne Anderson and Rick Grimes are the best of friends. As next door neighbors growing up they have weathered fights, younger brothers, and adolescence, with their bond growing stronger everyday. But what happens to that friendship when friendly love turns to lust and romance? Will their friendship fall apart under the complications of sex, outside forces, and dreams deferred? Or is what they have built to last forever?

Not Without a Fight by magensby
Rated: All Ages

Evangeline finds herself in a fight to survive John's betrayal and the blows that life deals her.  But she's a fighter and stays tough through it all.  Come along for the journey. 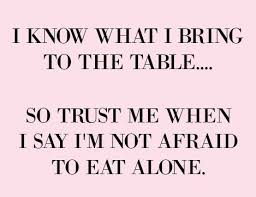 Nemesis by kitten84
Rated: 17 and older 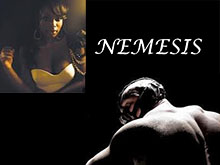 Could she not comprehend that he had a reckoning to deliver?

Chance. I don't believe in it. Everything that happens in our life happens for a reason. I've always believed that. But, it's funny. Who would have thought a night of clubbing could result in my marriage to the tattooed quarterback for the San Francisco 49ers?

Numb by Mademoiselle
Rated: 17 and older

I tried to wash the scars and marks from under my skin...but you're etched in me like stone.

No One Gives a Fuck About You Jessie by QueenMojo
Rated: Mature Content

For all Richonne fans who are looking to work Jessie out of their sytem.  At the end of season 5 when Rick planted a peck on Jessie's cheek, I almost threw my TV out the window. Yeah, I didn't take it well. LoL! Anway, thank goodness for ValentChamber where I can work out my frustrations. Here is my way of erasing that imagery from my mind.  There is some Dasha too. Hope you all will like it and leave comments.

NIARA by Elizabeth Griffin
Rated: Teen or Above 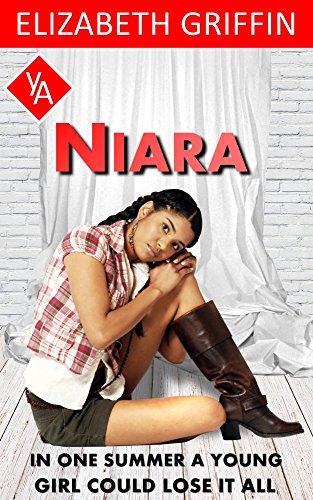 Tina Hamilton's mother always told her to travel in style for she never knows who she could run into. Who knew her mothers words would actually prove true.

For one night only she wants to do something a little different or at least it started that way....

Niya DeLuca, a jobless twenty-six year old woman is convinced that her dreams of becoming the wife to a wealthy, handsome, powerful man are finally going to coming true.

Sebastian Costa, a wealthy bachelor loves to play games with women, and he always wins. He’s instantly attracted to Niya's beauty and she quickly becomes his new play toy.

But what happens when Sebastian meets the woman identically beautiful but impossible to corrupt?

Never knew I Needed by Sade
Rated: 17 and older Natasha Roberts is a paediatrician with a healing touch and warm smile at 30 years of age, she is a beautiful woman with a broken spirit which she keeps hidden. When with her group of friends she is the listner, understander and the one her friends depend on for all the answers. Her secret is she that is unable to have children which is the reason her ex-husband gave her for their divorce, she lives to heal children even if it reminds her of what she can never have.

Angelo Luciano Salvatore is a mob boss and the head of the Salvatore Crime Family. He likes to think of himself as a business man when most would call him a ruthless bastard. The day his wife died he become a heartless shell who begins to neglect his son turning to his business for comfort. Until his son is taken to the hospital for a simple check up and is found to have the very disease that killed his mother Polycystic kidney disease. which in time would have killed him if not for Natasha who falls in love with the Christopher’s loving soul and finds herself as a match to donate one of her own kidneys to save his life. When Angelo meets Natasha he is cold and hurtful , Natasha in turn gives him a piece of her mind. Hands on her hips her eyes spitting fire she tells him off then walks away leaving Angelo to reflect on her words and the beautiful woman that Saved his son and made him whole once again.

(The Banner is a temp until I can make something better. I just wanted to give the reader an idea of the characters I have in mind.)

New Jack City: The Beginning by DarkDiva
Rated: 17 and older 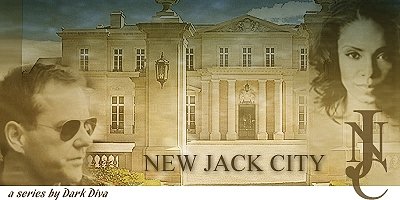 Nikoli by Beastlover 18
Rated: Teen or Above

Can a beauty ever truly love a beast?

A story about Aaliyah White moving to Cali to prove her friends and family wrong. She is trying to prove that she can make it on her own and that she isnt sheltered or spoiled or umcommited. Along the way, Aaliyah finds romance with 'Young&Reckless' CEO Chris 'Drama' Pfaff.

This is my story please do not steal. If you have seen this on Wattpad it is me. I am weluvjb96. I just simply reposted this story on this site. I will update on both sites. On that note please do fan me on wattpad if you like this story. :))

Not The Typical Lawyer by Shameekqua24
Rated: 17 and older

This story is about a young girl who went through a lot of things to get to the top. She overcomes many obstacles in order to become a successful lawyer.

No more dreaming like a girl by Earth gave me life
Rated: 17 and older

She was forced into his world thinking it was a nightmare, but with a gentle kiss and a heated touch she realized it was a dream come true. Unofrtunaly Asgard is anything but a fairytale.