Hello Readers, this story just popped into my head and I started writing. Let me know what you think. 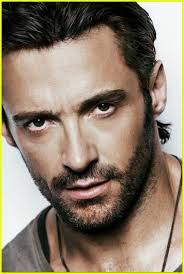 Noah stood outside the sleek glass structure. His baby brother had done well for himself he thought, as he looked again at the etching on the glass doors, “Mathers Motors”.  Jude was always good a fixing cars. He remembered when they were the team to beat at the annual soap box derby, in Raburn County. Every year Jude would come up with a concept that was better than the previous years.

One summer, they spent their entire break in Savannah working at their Uncle Pete’s garage, Jude built both of them a motorcycle from the scraps laying around. Uncle Pete always said Jude had raw talent, but he just needed to work on his temper. Well he did hone in his anger and now here he was, the CEO of one the most recognized motor companies in the world of rare and collectible cars.

He had been following Jude’s success for a number of years and couldn’t be happier for him.  Noah knew he was taking a chance by just showing up at Jude’s office, but he knew his brother would blow him off if he called on the phone. He wanted to see him, he needed to see him.  It was now or never, he thought as he entered the building.

If he thought the outside was impressive, the reception area was a man’s wet dream. Vintage race and sports cars greeted guests as soon as they entered the building. Maseratis, Jaguars, Aston Martins and even a Shelby Cobra. Those cars alone were worth a small fortune, Noah smiled. His baby brother was doing a hell of a lot better that he could ever imagine.

Noah continued to look at the vintage cars until he heard the soft feminine voice behind him asking if he needed assistance.He turned around to respond but before he could, the young lady immediately began to apologize to him.

“Sir, I am so sorry. I didn’t realize that you were in the office; Diane said that you would be working in the shop for the rest of the day.” The young receptionist rambled on.

Noah simply smiled at her, “Hello I am Noah Mathers, and I am here to see my brother Jude, if he is available.” The poor girl just stood there with her mouth agape not moving.

Jude was putting the finishing touches on the interior of the 1925 Duesenberg Model A Phaeton that he was working on. He wasn’t sure if this one would make the action yet. But he already had several interested buyers.

Though he had a staff of 12, he often preferred to work on certain jobs alone. It was how he often found peace. His staff knew that when he was working alone it was best not to interrupt him, no matter what. So he was surprised when Diane, his office manager stepped into his private workshop to let him know that he had a visitor. He grumbled to her to get rid of whoever it was and have them make an appointment for another day. But when she revealed who it was, he was rendered momentarily mute and paralyzed.

Noah? That couldn’t be right. He hadn’t seen his twin in at least 10 years. They had nothing left to talk about. What could he possibly want? Why was he here? If he were being honest, he could admit that he was not surprised by his twin's visit. He knew Noah was experiencing something. He felt it, and had been feeling it for awhile. They could always feel each other’s pain.

“Ask him to wait in my office, while I clean up; please, Diane.” She nodded and headed back to the visitors lounge.

Diane she was still in shock; in all the years she knew him, he never once mentioned a brother let alone an identical twin. Save for Jude’s shorter hair, they were indeed the same person; on the surface.

Jude blew out a deep breath and ran his hands through his hair. “Fuck!” This was not how he pictured seeing his twin after all these years. He expected them to both be much older and grey with them having been forced to reconcile at the hands of each other’s wives and children. He moved slowly to the in-suite shower room to splash cool water on his face.  He steeled his nerves as best as he could, hoping that he would not explode upon seeing his brother who betrayed him all those years ago.

Jude quietly stood in his office door watching Noah move from award to award in his massive trophy case. He had received many accolades for his impeccable work and he wasn’t shy about showing them off.

“I am proud of you brother, you deserve every single one of these awards.” Noah beamed; he was still facing the trophy case. He didn’t need to see or hear Jude to know he was nearby, he could feel him in his soul.

“Why are you here Noah?” Jude demanded walking to his desk.  But Jude continued on until he had inspected every plaque, medal, trophy, certificate and commendation.

Noah finally turned to look at his twin and was greeted with cold amber color eyes the mirror image of his own, “Invite me to sit so that we can catch up.”

“I’d rather you stand, otherwise you may get the impression that you’re welcomed to stay; say whatever it is that you came to say. Then get the fuck out of my life.” Jude tossed at his twin.

Noah stared at his brother; he knew that he deserved that and much worse. The fact that Jude had not broken any of his bones yet was a testament to the treatment he received for his anger management and other emotional trauma.

Noah sighed, it was now or never, no sugar coating it, “Jude, I’m dying.” He revealed taking the unoffered seat in front of Jude’s desk. He watched his brother for a reaction. He didn’t see any change in Jude’s outward demeanor but he felt his twin’s distress immediately.

Upon hearing Noah’s revelation Jude too sat down. That was not what he was expecting and it completely threw him for a loop. Before he could find his voice to speak, Noah continued.

“I have Hodgkins and I am in stage 3; until recently, my body had been accepting the treatments but lately…well my body just seems to be doing its own thing.” Noah laughed trying to lighten the conversation. “So here I am. I just wanted to see you and tell you myself. The doctors have given me a year or less so…”

“What do you need me to do?” Jude asked, yes he hated Noah but still if there was some way to help his twin, he would. “Do you need my blood or something?”

“No, thank you for the offer but I am past that stage. There really isn’t anything left to do, except enjoy what time I have left.” Noah supposed, thinking about his wife Samara. “At least that’s what Mari tells me.”

“My wife Samara, she has been a godsend this past year.”

“You’ve known that you were dying for over a year?” Jude asked incredulously, moving to his office bar to fix a Jack and coke; he offered one to Noah, who quickly declined.

“I can’t bro, medication and alcohol don’t mix; trust me I’ve learned the hard way.” Noah laughed, “And no, I didn’t know that I was dying until recently; but I was diagnosed over a year ago.”

“If you don’t need my blood Noah, why are you here?” Jude asked adding a very light splash of coke to his glass.

“I came to ask for your forgiveness… and I need a favor.” Noah looked at his twin, his mirror image and studied his face closely. His eyes were cold and distant. He was guarded and the fiery spirit that was uniquely his own was gone; prison did have a way of sucking the life out a person, he thought. But his Jude was a fighter and there was no way he would let that place best him.

“You must be out of your fucking mind, big brother. Forgive you? For letting me rot in jail for 3 years for a crime that you committed? And on top of that you want me to do you a favor?” Jude erupted into a boisterous laugh, nearly causing him to have a choking fit. “You’re not dying, you’re losing your fucking mind. You said what you needed to now get the hell out.” Jude dead panned.

“Listen Jude, I wouldn’t be here if this wasn’t important. I wouldn’t ask if, I didn’t need you, please just here me out?” Noah pleaded, locked in a stare down with his twin.

“You let our mother die, thinking that it was me who caused her grief all those years ago. I was banished to hell while you lived your life, as if nothing happened, you selfish fucker; and now you want me to do you a favor. The only thing keeping me from beating you into the ground right now is the fact that you have cancer. A quick death at my hands is too easy for you. I want you to suffer, just like I did.” Jude maliciously spat at his twin. “Now get out!”

Noah broke Jude’s stare and stood up unsure if he should say anything further. He started towards the door then stopped, “Twin,” Jude tensed upon hearing the endearment uttered from his brother, it was how they would refer to each other, when they were younger. They were more than brothers, they were each others, other half. They could communicate without speaking and would experience each other’s highs and lows.

“Before momma died I told her that I was the one who shot papa, not you.” Noah whispered, “I knew I couldn’t let her die thinking that it was you. She wanted to see you.  She kept asking for you, every day until she died; she wanted you to forgive her for turning on you and not believing in you.”

Jude nursed his drink and looked at the work orders on his desk and continued on as if Noah were not there.  He remembered all those calls that went unanswered, the prodding from both Uncle Pete and his friend Russell to return home to see his mother. He had ignored those pleas to now learn that his mother died thinking that he hated her. Uncle Pete had warned him that he would regret his decision, now here he was having a cocktail with her, regret.

“Despite what you think Jude, I love you; if I could go back in time and change things I would. But I can’t. I am dying and I have accepted that, I just want to spend the little time that I have left with the two people that I love the most. That’s all. It took me 10 years to get here, I don’t have 10 more. I really want you to meet my wife Samara. I will call you in a few weeks.” Noah headed out the door, feeling a bit broken.

“Wait…” Jude hesitated, thinking on his bad decision not to see his ailing mother. “What is the favor that you needed?”

Noah reentered the office and sat down. He talked to his brother about everything that had happened in the years that they were estranged and found the courage to talk about his impending death and the favor he needed from Jude.

Thank you for reading! Tell me what you think.