Eventually, I will do a full story with these two, but I kinda like them as my oneshot couple...LOL 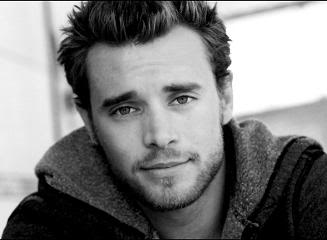 Tandra was pissed. She don’t know what Kevin did to get her stuck in an elf costume for his boss’ Christmas party, but she was going to kill him. The costume was a poor attempt to be sexy with a green mini dress with red and white tights that made her legs look like candy canes, green boots, and red gloves. She looked like an idiot, but she did it because Kevin begged her to dress up with him because he was Santa and he didn’t want to do it alone. She loved him, so she agreed to do it. Boy, did she regret it.

“Tandra…” Kevin said as he walked to her as he saw her standing beside the eggnog bowl. “What’s wrong, honey?” he asked and she glared at him.

“What’s wrong? What’s wrong?! I’m dressed up like a fuckin’ elf in this stupid costume for your stupid boss, that’s what’s wrong.”

“Shh…not so loud. Look, you think I don’t feel ridiculous?” he said as he gestured to himself. His costume looked better than hers. Even with the fake beard and belly, he looked like a young Santa. She looked like a clown.

“You can’t feel ridiculous because you’re Santa. I’m a fucking elf. What? I couldn’t be Mrs. Claus…” she said as she sipped her third cup of eggnog. She was going to need many more to get through this hell of a night.

“Well, they only had these costumes. I think you make a very hot elf with your candy cane legs and red gloves. At least you don’t have a stupid hat.” he said in a teasing tone and she looked as if he wanted to hit him. “Sorry, I can’t help it. You look so cute when you’re angry. You look even cuter now that you’re an elf.”

“Kevin, if you don’t shut up within the next five seconds, I will turn this bowl of eggnog over on your head.” she and he looked as if he had to stop himself from laughing. “I look like a jackass, Kevin. Seriously, I couldn’t be Mrs. Claus?”

“You know what…considering that we’re in these stupid costumes for your silly ass boss, I think you should have some eggnog, too.”

“You know what…you’re right.” he said as he ladled some into a cup. “A little boy kicked me. I don’t know who’s kid he was, but I wanted to strangle him.”

“Yeah…a little girl spit on me. Kevin, why did you agree to do this?” she asked wanting to know why he agreed to dress up like an idiot for a boss she can barely see why he likes him.

“I don’t know…trying to get on my boss’ good side. I’m up for a promotion if I land this promising new boxer to join our firm. I invited him to the party and I don’t think he’s showing up. I did this as a back up plan.” Kevin said and Tandra felt a little better about dressing up to help her husband get a promotion as a sports agent.

“I didn’t know that, Kevin. I know you’ve been telling me about the promotion, but I didn’t know you had to do this. I’m sorry.”

“Don’t be sorry…we look fucking ridiculous.” he said as he clinked cups with her in a cheers and sipped from them.

“Not as ridiculous as that chick in the tight black dress.” Tandra said as she grabbed Kevin’s cup and finished off his eggnog.

“Ouch…harsh. And I wasn’t finished with that, by the way. You’re not being a very nice elf. You’re going on my naughty list.”

“Bah humbug…screw your naughty list, Santa. I’m dressed up like an elf in this itchy ass costume, I deserve extra eggnog. Besides, no one needs to see a drunk Santa.”

“True…oh, look here comes more kids…goody.” he said sarcastically as he went to sit down in his seat to have more kids sit on his lap.

Tandra was talking to a few of his co-workers playing the role of the good wife laughing at all their corny jokes and boosting her husband’s image. She really, really hated ass kissing. Nothing like buttering up your husband’s collogues for the holidays. She really hoped this would worked because she because she didn’t know how much more of this she could take. She was definitely going to need more eggnog for this.

Thirty minutes later, Kevin was standing behind her holding mistletoe above her head. She turned around and smiled when she saw him staring at her with a suggestive smirk on his face. Standing on her toes, she gave him a quick kiss on his lips.

“What?” Tandra said as she pulled back to see him pouting a little. She had to admit Kevin looked cute when he pouted. Great, she knew she had been with him too long because she’s picking up his trait of thinking certain facial expression were cute.

“That’s it? I know we can’t have a full on make out session here, but I at least want some tongue.” he said and she gave him a, you can’t be serious look.

“You don’t get any…since I’m on the naughty list…” she said with a smirk.

“But being on the naughty list is a good thing to this Santa. You won’t get coal in your stocking.” he said with a suggestive tone.

“I better not.” Tandra said with a wink before one of his co-workers came near them.

“Jerry…” the man said to Kevin and she almost rolled her eyes at the drunk man getting her husband’s name wrong.

“That’s Kevin. How you doin’, Mike?” Kevin said before the man stumbled a little and Kevin reached out to hold him up.

“I’m fine…not as fine as your lovely wife.” he said and she gave the man and look that read, excuse you. She knew he was not trying to hit on her in front of her husband.

“Okay…where are your car keys?” Kevin asked trying to ignore that comment because if he didn’t, he was going to lose his temper.

“Seriously, you are one lucky man. You guys are such a lovely couple. Makes me miss my wife…wait, no I don’t.” he said and she glared at him. If that man was going to curse her marriage by bringing up his divorce, she was going to slap him.

“Yeah…” Kevin said looking uncomfortable. Tandra wished she could rescue her husband in this awkward situation. She saw that Mike was going for another round of eggnog.

“Even if she’s an elf.” Mike said and Tandra felt like slapping him. It was already bad enough she was dressed like an elf. To have someone point that out was worse.

“Listen here…” Tandra said before Kevin dragged Mike away from Tandra before she went on a tirade to curse him out.

“Sorry about that, babe.” Kevin said as he returned. “So, you’re not going to get off that naughty list if you keep up with that Scrooge attitude.”

“Kevin…I’m dressed up like an elf for your boss’ Christmas party, I got spit on by some brat, I had to laugh at corny jokes all night, I got perv’d on by one of your co-workers and you want me to get off the naughty list?!”

“No…I don’t want you to never get off..” he said with a smirk and she couldn’t help but laugh. “Merry Christmas, Tandra.” he said as he pulled her against him as they to Nat King Cole’s, “The Chrismas Song”.

“Merry Christmas, Kevin.” she said as she kissed him, this time with tongue.