HEY Y'ALL! OMG has it been FOREVER AND A DAY. I wanted to give a little back story and reintroduce Taka and Elle for those who may ready this blindly. I realize that I don't think I ever really introduced the characters formally so we'll have that as well.

This is a story that I started to write when I was a teenager and originally it was a story I crafted around a teenage celebrity crush by the name of Sakito of the JROCK band Nightmare. After so so long of it being kept in limbo, I’ve decided to try my hand at revamping it a bit. It has always been dear to me being that it was one of the first stories I wrote that didn’t center around anime or vampires. It was the FIRST story I wrote that had a CONSCIOUSLY black female character and that was a feat all by itself. My really early works consisted of white characters or rather black characters written as white or wanting to be white. Apart of my identity crisis growing up, it reflected in my works.

This also happened to be one of the first stories I wrote centering around AMBW. I’d only really preferred white guys (because that at one point was all I’d been around in terms of schooling) but one day that all changed when we got a Japanese-American student new kid in class and from there the rest is history LOL.

Let us reintroduce ourselves to Takahiro and Elle! 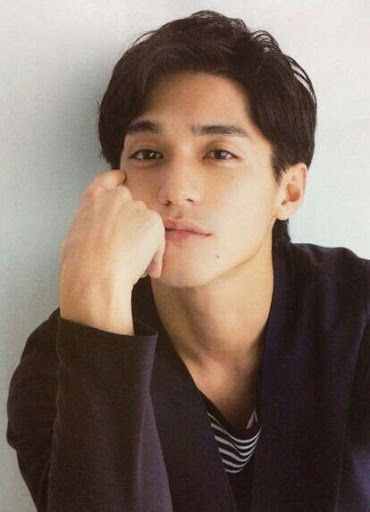 Takahiro has always been the outcast. He’s extremely intelligent and does well in school. Seen as quiet, shy and meek he doesn’t interact with other too much. Struggling to maintain his Japanese identity proves to be a problem as he feels the pressure from his traditional family and his classmates to conform.

He can’t help but rebel against the very system he feels is trying to suffocate him. That rebellion follows him into adulthood. Takahiro proves to be an enigma to those who meet him and yet at the end of it all, his love for one woman centers his entire world. 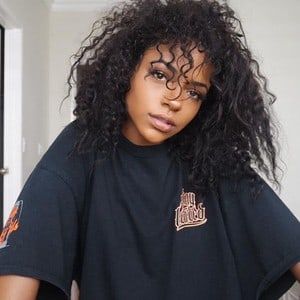 Elle is so many things. She struggles with anxiety. Depression. Low Self esteem. She’s pretty much at rock bottom all the time but her friendship with Takahiro or as she likes to call him ‘Sakito’ proves to be a beckon of light in her otherwise dark world. Having known him from preschool until adulthood, her experiences with him help shape her being.

As an adult, her skeletons in the closet start to quake as she sets herself on a mission to find the true meaning of justice. Her desire to help women is overshadowed by her failure to help herself first. And like so many times before, it takes one man in particular to bring it all into focus.

Almond shaped eyes watched as she struggled a bit behind the curtain, short shapely legs flailing every which way.

“Need help Els?” He asked, a small smirk on his face.

“Why not?” Sucking her teeth, she let out a groan of frustration and once again her small feet lifted and flailed out.

“Stop being so stubborn and ask for help.” He said, coming towards the curtain. Before she could say anything, he’d peeled it back and froze. She stood, gripping a pair of jeans that were too small but nevertheless she was trying to get into them anyway. They seemed to pause right underneath her ample derriere. She hadn’t put on a shirt yet and the matching lacy yellow bra and underwear complemented her beautiful brown skin perfectly.

“Sakito! G-Get out…” Her embarrassed voice seemed to break whatever trance he had been in and he felt his cheeks flush with embarrassment of his own. Thankful for the mask he wore, he cleared his throat and stepped further into the small dressing room.

“This isn’t the first time I’ve seen your body Elle.” He reasoned but indeed it was… it was the first time he’d ever seen her half naked and he for a moment wasn’t sure what to do or where to touch her.

“Boy if you don’t get-” He slipped hands around her waist and pulled her back against him, fingers digging into her hips.

“Let. Me. Help. You.” He slid his hands down the smooth soft skin and fingered the jeans halfway up her thighs. Curling his fingers inside of the belt loops, he tugged firmly, making her squeak. She gripped his forearms as he tugged again and this time, the fabric lifted up over her bottom. Dipping his eyes, he coaxed the button in through and closed them. But he hadn’t pulled his hands away from her.

Instead, they slipped upward, gently teasing the belly button piecing she’d gotten in secret for her sixteenth birthday. She’d begged him to keep quiet about it as she had exposed her midsection to him. Keep quiet he had but he’d always wanted to see it again, up close and personal. Never did cause he didn’t have balls enough to ever ask her. How could he?

“T-Thank you…” She said quietly, coming to push his hands away from her. He let her put distance between them and watched as she bent down to retrieve a shirt, a shirt that was not Elle like. She seemed apprehensive about it and went to hang it up.

“Try it on Els.” Lifting eyes, her cheeks grew flushed and she lifted her arms to cover her chest.

“No. You know I wouldn’t look right with that on. I don’t have the body for it.”

“Is that what your boyfriend tells you? That you don’t have the body for stuff like this?” At her silence, he got his answer and it more than pissed him off.

“Do it.” Giving up, she went to grab the crop top sweater and slowly put it on. A deep V neck line provided a view of cleavage and the top showed off her small delicate shoulders. Long sleeved, it covered her arms which he was sure gave her comfort.

“Turn around and look at yourself Elle.”

“No…” Her voice was soft and defiant and he could see her bottom lip start to tremble. Coming to her, he lifted hands to her waist and turned her towards the mirror. She gasped as she looked at herself, tears starting to well up in her eyes.

“You look beautiful.” He slid a hand across said tummy and hugged her close to him. He loved her soft belly, thought it was cute… just like the rest of her. She didn’t need to be stick thin or have a flat stomach to be pretty. Small, petite and shapely was her thing and he was here for it all.

“Your boyfriend should be telling you that shit every fucking day. How beautiful you are.” At his harsh rough tone, she grew stiff and he pressed his mask covered face against her neck.

“I think you should get it Els. Get it. Wear it. Make the son of a bitch mad.” And like that, he let her go and left her once again in privacy. Sliding fingers through his hair, he took a deep sigh. Things had to change between them. He couldn’t stand letting assholes break her down when she deserved the world. If no one wanted to appreciate her then fine. He’d more than make up for it.

She tried to think on every outcome that had led them to this point. To the point of him finding himself on top of her, nestled comfortably in between her legs like he belonged there. Tried to find an excuse to make his lips stop setting her flesh on fire but there they were, trailing down her neck, teeth softly nibbling on skin along the way. She tried so hard to think but all that came up was fog and flecks of pleasure that made her wetter than she already had been before.

“T-Taka…” She breathed as he forced her T shirt up, exposing her stomach.

“Maybe not.” He replied, lifting her up to sit in his lap. Bunching up his shirt in her hands, she panted as he drew the skin of her neck into his mouth.

“But we should be honest with ourselves right?”

“But….But how…are we gonna do that…” One of his hands had taken ahold of one of her cheeks while the other gently caressed the side of her breast, fingers brushing the hard little nipple that begged for his mouth.

“You know the answer to that Els.” The way he spoke sent chills down her spine and she bit her lip as she felt his body come alive underneath her.

“I have a boyfriend Takahiro.”

“One that doesn’t deserve you.” He’d never liked him and she wasn’t gonna fight him on their relationship anymore. Something more pressing was at hand, delightfully poking her bottom.

“Everything’s gonna change between us…. you sure you want that?”

“Change is a good thing sweetheart.” Lifting his hand, he caressed her cheek.

“I’ve wanted this for a long time.” Kissing the corner of her mouth, he took her bottom lip into his mouth.

“I’m ready if you’re ready.”  Taking a shuddery unsure breath, she wrapped arms around him and pressed her face against his neck.

“Just a minute more….” Hugging her to him, he smiled against her.

“It’s no rush.” Nodding, she lifted a hand to sift through his hair.

“Kay…” They remained like that on her bed for what seemed the longest time before he stood up, holding her to him. Taking the steps one at a time, they came into the living room and then she was reunited with her center of gravity as he placed her down. Pushing the T shirt down across her thighs, she swallowed thickly as he went to put on his shoes.

“Don’t be that way Els. Come on…give me a hug bye.” Her feet obeyed and he swallowed her up in a hug, his big warm body engulfing her. She felt herself smile and inhaled his scent.

“I’ll see you at school okay?” She nodded, feeling her cheeks warm as he pulled away, gliding his thumb across her lips. Leaning down, he helped himself to one last kiss and it seared her from head to toe, full of patience but promise. Biting his lip, he soon left her standing at the door, hot, flushed and speechless. What kind of year were they in for?