It Is Yours by Sade
Rated: 17 and older After being hired as the executive assistant to one of the youngest most influential and sexy corporate raiders of the 21st century Kenya Price comes face to face with her destiny.

Kenya is a mild mannered 22 year old thick sista with a beautiful soul and a caring spirit. Though her ultimate goal is to go back to university and earn a Degree in Childhood Education to become an Elementary school teacher, she takes the job working at the Roswell Corporation so she can save and finish off her schooling. Her motto is "Love can heal all wounds."

Grant Abraham Roswell III is a man that prides himself on a being a level headed, hardworking, no nonsense go getter. At the age of 24 he is a MIT graduate with more money than he could spend in a lifetime, he parties with rock stars, sleeps with models and feels that life cant get any better than that.His moto in life is "Who needs happiness when you have Money and Power?"

When Kenya enters his life and shows him there is more to life. Will he trust in Love or Will he let society take love away from him?

This is my first review after reading the first nine chapters and I like this story.  Its a fast pace and slow pace story all at the same time.  He won't be slowed down and she won't be rushed.

Who will be the first to give in?

Thank you for letting me be the first review youve written. Im glad you enjoy the story.

You are going to make me cry.

Oh wow, thank you for the review. Happy tears I hope.

For Love and Football by Sade
Rated: 17 and older One night in Vegas changes the luck of two strangers.

Grace is a good girl to the bone, though she loves her job as a teacher she wants some excitement and for her twenty-fifth birthday she wants to shed that good girl image. Not be predictable Grace but a sexy wanton vixen,so her friends take her to Las Vegas, where her life is changed forever.

Kevin is an NFL all star and all around player. He is in Vegas because he was told to lay low after sleeping with the wife of one of his team mates, he has to figure out a way to change his image and quick.

Sometimes what happens in Vegas shouldn't stay in Vegas and in Kevin and Grace's case it wont.


Title: Chapter 2: The morning after and well into the evening.

Ok. I read the first two chapters and I like the pace of the story.  I hope to find out more about the new couple.

Please not a baby momma!

I really like this series and I just wish the chapters were longer.

Grace Bullock takes nothing from no one. A woman in her mid-thirties, Grace faces many battles. She must deal with being a single woman in an traditionally-based small town in Alabama. Living in a place that is behind the times, she is the co-owner of a flower shop along with her friend and mother figure Dorothy-Mae. She constantly deals with the town’s known racist sheriff, Holland. Her life seem to go nowhere until she received a phone call from her longtime friend Miriam, a foreign exchange student from France. This phone call leads Grace to visit Miriam in Paris, France which changes everything in her life.

Now with corrected French and translations!

This story was a good Sunday romance.

The Demon Seed by Happy2bNappy
Rated: 17 and older

Babies should be a blessing. But not all of them are.

Six months after being attacked, Grace moved to Paris with her boyfriend, Henri. Once there, she must overcome adjusting to French life, working with her crazy new boss, and move on with her life. Henri is trying to find the right time to propose to Grace, but will her pride and his family get the better of her?

Great chapter. I hope they both find peace and happiness.

Grace has to let go to love.

I can't wait to read this sequel.

This was a great story and I'm glad that you shared this with us.

Poor girl, so in love and so confused.

I'm glad they are back and taking small steps towards a strong future.

I was nervous for a moment. I thought Julien was going to physically hurt her but I believe he wants to hurt her happiness. 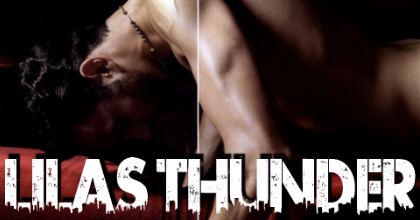 Lila James knows that her friendship with seventeen year old Chase Almeida is extremely inappropriate, but she still isn't prepared when his older brother Jack decides to tell her just how inappropriate it actually is-- inadvertently igniting a fire that had been burning quietly inside of them for years.

*****Lila's Thunder has been removed for editing, refining and if all goes according to plan, publishing! I couldn't have finished it without all my readers leaving their words and thoughts--even if I didn't always like them--so THANK YOU from the bottom of my heart. <3

Oh my this was exciting and awkward.

Iconic Love by PurpleChocolate
Rated: Teen or Above

Sora is eighteen years old and already one of the top female artists in Japan, well known for creating orignal music that blends together both her black caribbean heritage with her japaenese. But the loss of her mother, being brought up in a culture that is not always accepting and a broken heart are holding her back from being the person she wants to be. What happens when she travels to London to work with a group called ICONIC and meets a guy called YungJi?

This is all we need, right? by Inthenykoftime
Rated: Mature Content

The Family is a close knit group...Some may even consider it a cult. Its members unsuspectingly dedicate their entire beings to being one. They live a life under constant surveillence to ensure that they follow procedure and never break away from the group. To do so is unheard of and the consequences that follow are never questioned.

Blaise Kincaid is a man who has grown up seeing the same faces of The Family without knowing their true intent. The time has come for their major plan to be put into motion, and Blaise has finally entered the stage in his life where they can entrust it to him. Once he enters his father's business, he'll be thrown into the doings of the group. He'll start to see everyone he has known all his life in a dfferent life...Even hisself.

A young woman will entice Blaise and bring a new element to his life. She has admired a figurehead of The Family for as long as she can remember. When she gets a call telling of her life's dream becoming reality to work side by side with him, her only thoughts are to fufill herself and give her family a stable life that is well deserved.

When these two meet, they ask nothing more than the physical from each other. They hope to provide an aspect to life that neither Blaise or Niamh have ever felt. What it is, they don't know.

Once they start to realize it, The Family will war with their feelings, determined to never let it rise to its full potential and interrupt their agenda.

Can I call them both easy because I'm sure after this night its nothing but difficult.

The Warrior's Bride by Spiderbite
Rated: 17 and older

Lieutenant Brady Sloane was a good man, but always seemed to finish last with women, until now.

Great story, I'm glad that I came across it. I can't wait to read the budding of the cop and the heiress.

Loving this so far.