I love Jane Austen and am discovering that I am somewhat of a SciFi geek. I love Doctor Who and Star Trek, but I am beginning to realize that I might be drawn to them because they both feature strong women of color in Uhura and Martha Jones. I was excited to find this community, as I always crave fiction centered around three dimensional women of color.

The Problem with Charlie by Brenda1257
Rated: 17 and older 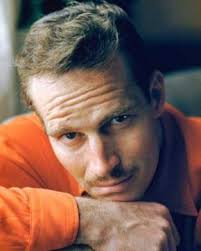 I liked this. But I admit this line threw me:

"Her mother couldn’t believe that she would actually leave Hampton and move to that small hick town, but Inga longed for some peace and quiet.  She was tired of the gunshots, the street brawls and the loud music."

I grew up in Hampton and I remember it as a pretty sleepy town. There were some roughter neighborhoods, but nothing like you'd find in big cities. I admit I haven't visited in about 4 or 5 years. Are you from Hampton Roads?

Hi Candace:  I'm from Richmond.  I like Hampton. I used to attend the Jass Festival and I still go to Buckroe Beach.  Hampton is quiet for the most part.  Inga isn't talking about the town itself as much as she is talking about the drug infested environment she grew up in.  Her mother was a dope dealer.  I'll elaborate further as the story progresses.  Thanks for the review!

The Cause by MeanderSlander
Rated: 17 and older

A race of aliens need females to survive.

Excellent start! I am so excited to read more.

Thank you for your reply! There was a time not long ago where I used to stalk your LiveJournal page. You leaving a review to the first chapter of one of my stories humbles me.

Wow. This went from intriguing to scary. So they were basically duped into being sex slaves and were not asked to come for research? I'm with Mindy. My black behind would be on the first ship back to Earth. Then I'd sue the underwear off of whoever set this up.

Ichabod has been trying to figure out a way to tell his fellow Witness that he is in love with her.

Knowing Abbie and all that she has been through, will she accept his love?  Or push him away as she has done all others?

This is a one-shot, angsty, --heavy on smut and light on plot.

Oh my goodness! thank you. i was so happy to see an ichabbie fic here. and this was hot as hell.

COLORLESS by marchpisces92
Rated: 17 and older

Camille Jackson was rejected since birth over her dark skin complexion. She has grown a tough skin and doesn’t get attached to anyone because of how some people have viewed her without even getting to know her. However Camille opens her heart to a baby in need and for the first six months Camille has grown to love the baby as if she were her own. That is until the baby's biological father comes into the picture.

Hiram Whitfield Jr was brought up in one of the most well known Ku Klux Klan families in the south and as the only son he feels the pressure to carry on his family's tradition. After finishing his prison sentence all Hiram wants to do is change his life for the better and be a good father to his child. If that means being disowned by his bigoted family then so be it. Ironically enough Hiram would have never thought that Camille would be the one to be his rock and strength to do so.

I am enjoying your story and I appreciate the wait. Sometimes the sex just comes too fast for me. And in this case with Hiram's past, it would have been unbelievable for Camille to trust him that much right away. Good job.