Hola todas! I'm a twenty-something city girl with an affinity for four-inch heels, mini dresses and fictional bad boys with hearts of gold and more than their fare share of mystery. Stick around to read my stories and I promise to feature all of these vices. 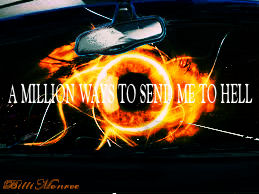 Bonnie is falling deeper into the realm of grief, and she is having a hard time remembering that she is one of the good guys. Dean can certainly understand the feeling. It's been months since Sam's dance with the Devil, and she makes him want to raise some hell.

City of Angels by BilliMonroe
Rated: 17 and older 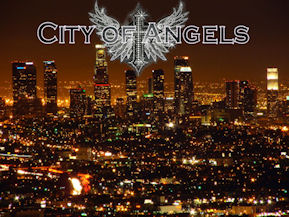 P.J. O'Rourke once said that even a band of angels can turn ugly and start looting if enough of them are unemployed and hanging around the Pearly Gates...

A high school sex-ed teacher struggles with a sex addiction while living in a community of dysfunctional Los Angelites as their lives and loves cross paths of temptation and self-revelation all in the city of angels.

Promises to Keep by BilliMonroe
Rated: 17 and older

They say that if you die in a dream you'll die in real life. But Bonnie didn't know what was real anymore. Because all she ever felt was fear. Fear of meeting Klaus. Fear of giving into Jeremy. But mostly she feared for the hero in her dreams. But now, three months later, the dreams have stopped, Klaus has come and gone, and Bonnie has gotten back to her life of finding Klaus before he does something that her best friend might regret. Only that's not going to be so easy. Because his last victim just happens to be Amy Pond: the first love of her living dream's brother.

"Usually, when someone says that a person is going nowhere, he or she is generally referring to the act of standing still. Not moving. Not passing go. Not collecting 200 dollars. And certainly not crashing and burning at the lightning speed. But that's exactly what I was doing. I was going nowhere. Fast. And then I met him..."

Brielle Blackwell-March lives in a whirlwind of sex, drugs, and self-deprecation, taking life by the steering wheel and slamming hard on its gas pedal. She'll do anything to make people see her as more that "That Indian Girl," even if it means riding in Danger's fast lane. But when a graduation night celebration goes awry, that ride comes to a screeching halt. Literally. Seeing Bree's accident as a cry for help, her parents send her to her grandparents' farm in Oklahoma, a Native American farm where she is forced to confront a side of herself that she hates. Brielle is determined to turn a windstorm into a blizzard, but there's one thing that she didn't count on: that the animosity growing between Aiden Poway, her grandparent's delivery boy, and herself would scorch her wintry veins. And we all know that when things boil over, they sometimes spark flames.