Four words that describe me

34 year old Jonathan Scott was successful. He had it all, a successful construction business, a tv show. He was an actor and director. He had the life. So why was he so lonely?

Maybe because Drew had found his love and married her. Jonathan realized he hadnt been on a date in almost a year. But with his career on the rise, who had time for love?

Aiyana Ramirez was twenty seven years old and still lived in her parent's home. All of her friends had successful careers and lived in townhomes or condos. some had even found husbands and were settling down.

She didnt have time for that.

She was just picking herself up from the disaster that created a roadblock in her life two years ago.

By a chance or better yet, miracle these two polar opposites meet and the sparks fly.

Read and find out!

33 year old Jack Hodgins swore he was done with love. He was going to die a single billionaire. Guess it was time to give all his money to charities because there was no one else to share it with.

Then he met her. He hit the ground hard when he saw those brown eyes.

Then tragedy striked. She needed him just as much as he wanted her.

But what about love?

Maybe he could give love one more chance.

Based on the show Bones.

Save her, Keep her by Aiyana_BeautifulFlower
Rated: 17 and older

Losing the love of your life the same day you have your first child is hard.

For Alexx Woods, it's super hard. That's why Horatio Caine was there. But that's hard too, especially since he's been in love with her since day one.

Let Me Love You by Aiyana_BeautifulFlower
Rated: 17 and older

Catherine Duke comes from a very wealthy successful family. Living in the Hamptons, dinner parties, and butlers and maids, but no matter how much she tries, she just cant seem to fit in.

When her Godfather, Jimmy James, offers her a chance to work in New York City, she jumps at the chance.

The WNYX station is heaven and just her calling.

But she wasnt expecting to find love, especially not with Joe Garrelli the electrician.

Can their love survive with her wealthy family, his racist one, and even their friends trying to tear them apart?

Love Is Never Wrong by Aiyana_BeautifulFlower
Rated: 17 and older 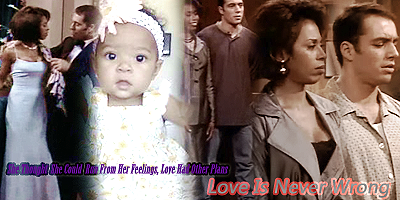 Based on 90's show, NewsRadio.

After Joe and Catherine are kidnapped, they are put into a situation that brings all of the feelings they have for each other into the light.

Catherine doesnt want to admit it so she leaves the first chance she gets to London, taking something with her.

But, she is pulled back almost as quickly as she leaves, forced to bring that something with her.

She can try to deny it all she wants but love is never wrong.