Tabby and Jace met for the first time at a family member's wedding and decided to take advantage of the company and island scenery. What they didn't expect is that their paths have crossed before. It's funny how the past can come full circle.

Full Bloom is an original work of fiction, please do not post or copy this story to any other websites.

Flickering dots of red and green, snow falling like ash. With cigarette in hand she sat, replaying the night's events. Somewhere between preparing Christmas dinner and lighting her cigarette the living room furniture had been destroyed, broken glass cluttered the floor, and blood was splattered across the room. She was confused, angry, battered and bruised. But finally...he was dead.

Kindle by intellectual titmouse
Rated: Members ONLY: 17 and Older

Caesar Rosado and Evan-Renee Gold were the pair everyone hated to be around.

The inside jokes. The silent language. The saccharine sweet affection.

Yet, they insist they're just friends.

Just how long will it take before they both see what had been brewing between them since the beginning?

He watches her, and she watches him...and it simply isn't enough....

Lead Me Home by mrsderekcoburn
Rated: Teen or Above

True or False - You never get a second chance to make a first impression?

Lulu Marx and Dennison Lord are back in this family focused adventure leading to their second date.

When you assume, you make an ass out of you not me.

A first date to be forgotten.

Sweet as Nectar is The Poison Fruit by Pen to Paper
Rated: 17 and older

Sometimes the things we want the most are the things we need the least. Aiden Lewis was the type of girl who saw what she wanted and went after it. She would lay out a plan and execute it to perfection. When an unspeakable tragedy happens , Aiden must find a way to balance her wants and needs before she heads down a path of destuction. Will she turn to love to save her or will she yield to lust, materialism, and devistation?

Shards of Nightshade by Elizablu
Rated: 17 and older

...not all monsters have claws and fangs...Benadette  learned this lesson firsthand but now she can't afford to play the role of helpless victim anymore.

My Personal Work Out Plan by Pen to Paper
Rated: 17 and older

What Happens when a late night quest to lose weight turns into a very private workout session? Elle Daniels is about to find out.

Sydney Lane and Lincoln Dunn were reluctant best friends during their high school years who willingly became the love of each other's lives. Too bad the realization came after promises and vows made to others. Will they choose to right their wrong?

Part II of Voyeur. Boon, Hanna, Aster and Baal find themselves embroiled in unstoppable series of events that lead to an inevitable outcome. Are you ready to hear the facts in the case of the Two Man Stool?

Panthers of the Night by Demain Soir
Rated: 17 and older

All she ever wanted to do was to live out her life in front of proud parents; graduate high school, college, meet a nice man, have her father walk her down the isle,...but now that's impossible, and someone's going to have to pay for that.

Brandy & Maks- The night before the Rumba by Leoslove
Rated: Mature Content

The night that started it all.

Heartbreaker by SeoulSinger
Rated: 17 and older

Kwan is one fifth of Korea's most popular idol group, and a dedicated, card carrying heartbreaker. But what happens when he is confronted with the girl from his past? the one that got away?

The Right to Remain Silent by Pen to Paper
Rated: 17 and older

Sometimes a traffic stop is just the ticket to break up a morning commute. 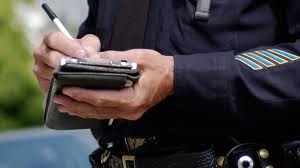 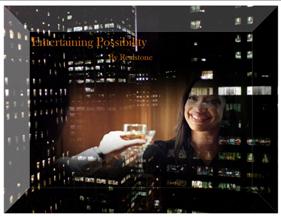 Even strong men have moments of wishful thinking.

What Happens In Vegas by NubianBoriquaPrincess
Rated: 17 and older

...and the city that never sleeps.

What if after a night of drowning your sorrows, you woke up married to Hollywood's Most Eligible Bachelor?  Well, that's what happened to Jackie Smith.

An Office Affair by Pen to Paper
Rated: 17 and older

James Derrien and Aubrey Lowry were two good friends in law school.  He was a privileged white frat boy and she was a hardworking black chubby girl from a broken home. They were always reminded that their friendship was unusual but it didn’t matter because the relationship had always been safe. When the friendship turned no longer safe, James and Aubrey realized that the consequences were lifechanging.

They met and fell in lust, but in a small town things done in the dark have a way of coming to the light. Carmel Wilde is a single mother trying to do the right thing. Rod Woods is a man bored with his seemingly perfect life. Lust, betrayal, drugs and money. Who will end up on top and who will get screwed?

The Adventures of Jewel: My Alter-Ego by emynence
Rated: 17 and older

Keisha, a 22-year old Black girl from Southern California, is in for the time of her life when she decides to let her alter-ego, Jewel, take over one night while at a club. Keisha wakes up to a blurry memory and one fine piece of chocolate man named James.

While Keshia just wants to forget about the entire "Jewel" incident, James swears on his life that he won't let her forget about him that easily.

So what will happen between the two when one of them begins to claim the other as theirs and things get a little more than hot and heavy?

Only time will tell...

Augustus and his Sydney

Check out the BrownStone