Tabby and Jace met for the first time at a family member's wedding and decided to take advantage of the company and island scenery. What they didn't expect is that their paths have crossed before. It's funny how the past can come full circle.

Full Bloom is an original work of fiction, please do not post or copy this story to any other websites.

Serena Davis is a shy young lady that has had a crush on her boss Mr. Ki, king of jerks, for 2 years. Mr. Ki, in order to stay the head of his family company must marry. What happens when he suddenly asks her to marry him?

The Assignment by Miss Vivi
Rated: 17 and older

V is an assasin who is the best in the game there are many secrets surounding her family and her past. It all starts out as a routine job but she begins to find out things that will toss her life into a whirlwind of love, family secrets, betrayal, and pain.

Kindle by intellectual titmouse
Rated: Members ONLY: 17 and Older

Caesar Rosado and Evan-Renee Gold were the pair everyone hated to be around.

The inside jokes. The silent language. The saccharine sweet affection.

Yet, they insist they're just friends.

Just how long will it take before they both see what had been brewing between them since the beginning?

To be plain is to be Jane by Miss Vivi
Rated: Most Ages

Jane is a plain as she comes most people never find her interesting and she tends to stay by herself, but one day she is approached by Carmen the most popular girl in school.  An old friend of hers that no one ever would believe that Plain 'ol Jane Plane would have ever been friends with her even if it was in their past. But now Jane is invited to a party at Carmen's. What could be in store for our average girl?

The Land of Meridia by Lorrnae
Rated: 17 and older

The war between the Underworlders and the Fairies has been burgeoning from the last 2,000 years is now threatening the realm of mortals. The prince now must protect his mate and the young woman hidden from it all now has to come face to face with her true birth, lineage, and power, and the romance and darkness that come with it.

He watches her, and she watches him...and it simply isn't enough....

Micaiah leaves New Orleans to go to S. Korea to study abroad and while she's there finding herself, she just so happens to also find love.

Lead Me Home by mrsderekcoburn
Rated: Teen or Above

Sweet as Nectar is The Poison Fruit by Pen to Paper
Rated: 17 and older

Sometimes the things we want the most are the things we need the least. Aiden Lewis was the type of girl who saw what she wanted and went after it. She would lay out a plan and execute it to perfection. When an unspeakable tragedy happens , Aiden must find a way to balance her wants and needs before she heads down a path of destuction. Will she turn to love to save her or will she yield to lust, materialism, and devistation?

Part II of Voyeur. Boon, Hanna, Aster and Baal find themselves embroiled in unstoppable series of events that lead to an inevitable outcome. Are you ready to hear the facts in the case of the Two Man Stool?

Panthers of the Night by Demain Soir
Rated: 17 and older

All she ever wanted to do was to live out her life in front of proud parents; graduate high school, college, meet a nice man, have her father walk her down the isle,...but now that's impossible, and someone's going to have to pay for that.

Heartbreaker by SeoulSinger
Rated: 17 and older

Kwan is one fifth of Korea's most popular idol group, and a dedicated, card carrying heartbreaker. But what happens when he is confronted with the girl from his past? the one that got away?

What Happens In Vegas by NubianBoriquaPrincess
Rated: 17 and older

...and the city that never sleeps.

What if after a night of drowning your sorrows, you woke up married to Hollywood's Most Eligible Bachelor?  Well, that's what happened to Jackie Smith.

Dead Before Dawn by destinysdiva
Rated: 17 and older

[Reviews - 28]
Summary: Alana O’Conner is a former super spy who was scheduled for termination at the completion of her last mission. Over a year later she is alive and assigned to protect her former lover. Alana is more interested in discovering way she was alive and protecting her family from a mysterious stalker.Nathan loves Alana. He has since her first laid eyes on her ten years ago. He is determined to make her his lover again.

Alec has been on the side line too long. is reintroduction back into section is for one purpose…protect Alana and make sure this time she gets out alive; even if it cost him his own life.

This is totally my original work, thanks to Pamela for beta reading these first two chapters. You’re awesome.

Just Some Harmless Flirting by nickysparks
Rated: 17 and older

[Reviews - 8]
Summary: It started out has a little harmless flirting, I never thought anything major with happen. After all Marcus was just a boy that I met at camp, I didn’t plan on seeing him again. But little did I know he would be the guy who changed the rest of my life.

They met and fell in lust, but in a small town things done in the dark have a way of coming to the light. Carmel Wilde is a single mother trying to do the right thing. Rod Woods is a man bored with his seemingly perfect life. Lust, betrayal, drugs and money. Who will end up on top and who will get screwed?

The Heathen's Advocate by Ioneha
Rated: 17 and older

Abigail was excited to be a part of the Gentleman's Advocate,a mentoring program that aided in "fixing" the delinquent boys of Ravendale Catholic,an all-boys boarding school in Connecticut. Only problem is she didn't realize the boy she was assigned to would be one of the worst and one she couldn't overlook.

The Adventures of Jewel: My Alter-Ego by emynence
Rated: 17 and older

Keisha, a 22-year old Black girl from Southern California, is in for the time of her life when she decides to let her alter-ego, Jewel, take over one night while at a club. Keisha wakes up to a blurry memory and one fine piece of chocolate man named James.

While Keshia just wants to forget about the entire "Jewel" incident, James swears on his life that he won't let her forget about him that easily.

So what will happen between the two when one of them begins to claim the other as theirs and things get a little more than hot and heavy?

Only time will tell... 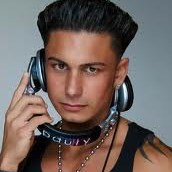 DJ Pauly D had fame from Jersey Shore and was enjoying his life DJing, partying, GTLing and dodging Grenades. Monte Clausen is currently enrolled at Princeton University but desperately wants to pursue her passion to DJ. Everything about her screams uptight: her ballet background and her 4.0 GPA.

Although they couldn't have been more different, those differences disappear when the record spins. Each holds the key to unlocking the other's desires for the future...and surprisingly, just their desires.

Augustus and his Sydney

Check out the BrownStone

A one night stand that doesn't necessarily end in disaster but certainly starts out that way.