Umm Hii Valent Chamber. My n ame Is Joi Thompson and I love to write different types of stories and I also Love reading them so if you have any questions just E-Mail me at "ohmygoshitsjoi@gmail.com"

Thanks for reading my stori

His Best Kept Secret by katherinemadison
Rated: 17 and older

She was his best kept secret, his most treasured possession, an exotic African-American beauty that won his heart from the very beginning. But keeping what he did for a living a secret from her and trying to keep her a secret from his enemies was proving to be the hardest job he'd ever had as an assassin.

Oooo you are sooo wrong for cutting it off like that!! 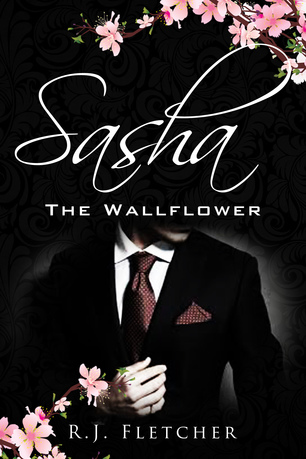 An innocent night of fun ruins the lives of two people who realize they are screwed without each other but especially with each other.

"My body is your party"

Oh noo! Its about to go down.

LOLOL y'all are killing me with the "you wrong" reviews

Bliss of Wonder by QuillsandPens
Rated: 17 and older

Kyle Hemsworth is your average New York teenager, until Minnie King comes to town. She is bold and full of fire that all southern belles have. She completely through him off of his game and has him doing things that others may find crazy or creepy. And all the while he chases after her, they both find out different things that just make you marvel at the bliss of wonder.

Darling I have already update, please do enjoy!

The 'Other' Girl by PurpleChocolate
Rated: 17 and older

My name is Camden, and I'm the ‘other' girl.

You know, the girl who was best friends with the popular girl in secondary school.

The girl who awkwardly stood there as yet again her friend gets hit on by a guy during fresher’s week.

The girl who doesn’t really fit the 'norm'.

Metamorphosis by writinglass
Rated: 17 and older

College student Rory Daniels has a problem, and it isn’t how she’s going to pass her final exams.

You see, she can do this thing where she can manipulate objects… and other things, and as far as she knows she’s the only one who can. So when she’s forced to use her powers at a crowded bookstore and attracts the attention of a fellow student, she’s anything but happy about it. When it turns out the student has no interest in turning her over to the government and actually wants, of all things, a double date, she’s pleasantly surprised. That is, until her date ditches her for her friend and she ends up stuck with his.

His friend turns out to be Victor Ryken. He’s tall. Built like a Greek god and has a set of the most memorizing hazel eyes Rory’s ever seen. And, oh yeah, he does nothing but infuriate her. After the date from hell, Vic has for some reason taken an increased interest in her and what’s worse… her powers light up every time he touches her. When Vic’s around her abilities go haywire and his presence marks the beginning of a string of unusual events. Suddenly, she’s become a person of interest to nearly everyone she meets and strange people pop up in her life that have her question her own weirdness. When Vic himself displays a whole new level of weird while saving her from an attacker, Rory ends up concluding one thing.

Maybe she’s not as alone as she thinks.

Omg I love the fact that Rory is being so nonchalant towards Vic because.... payback is a p.o.s. WOOHOO!!! #TEAM RORY :))

Adonis by Beastlover 18
Rated: Teen or Above

He was exactly the way she designed him...

The McRyan Brothers by Beastlover 18
Rated: 17 and older

What's a girl to do when there are two after you?

The sequel to Metamorphosis!

Ooooo Wee Wee. It's about to go down!!

Response to the Made to Order challenge!

Silent But Deadly by Pen to Paper
Rated: 17 and older

[Reviews - 7]
Summary: You took my virginity long before you penetrated me. Our souls, thoughts, and bodies dance to the same rhythm. No one knows or suspects anything. For our song is written in a silent key.

Alaia and Oliver by xbelivex
Rated: 17 and older

Who knew the boy with the big dreams and kind smile would be her undoing. She may have fallen in love, but he fell along with her.

Losing My Way by Treale
Rated: 17 and older Thanks to LadySade for the awesome banner! :)

Landon Baxter was the perfect guy. He had everything any man or woman would kill for. He had his dream job, a beautiful family, the world at his feet. He was loved by any and everyone. His life was perfect, that was until he lost his mother.

Now he has a problem with that little white rock and he can't put down the pipe. Landon lost his way and he can't seem to find his way back to reality.

Would he ever be able to find his way back? or Would he be forever losing his way?

Why your cast is so beautiful? Why cant someone be just a little unattractive?lol but Great job!! :)

And Then There Were Two by LadySade
Rated: Members ONLY:Mature Content With the death of Coach and the pending fate of Ellis hanging in the balance, Nick and Rochelle must face the harsh reality of what it means to live in a Post Zombie-Apocalyptic World.

Disclaimer: Coach, Ellis, Nick, and Rochelle and all characters, unless otherwise mentioned, belong to Valve and Left 4 Dead 2. They don't belong to me, I just like creating fan art and fan fiction about them.

Update please. I love how you added a twist to the story. ; J

\ *u* / Yay! Glad that you like. I hope to have more of it written so that I can hop to those updates. Thanks so much for reading ♥