Alexis Marjorie Gibbs reflects on what brought her to this point in her iife and questions.  Was it worth it? 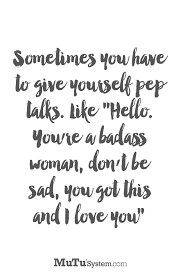 Was it all in vain or worth your while to endure all that you did?  Ony you can answer that question.  What does Margie Gibbs decide?

(Just want to say thnx for the overwhelming response to my request for storyline suggestions that I mentioned in chapter 29 of the Days in the Lives of Jethro Gibbs and Family.  Only need a few more and then on to writing the stories based upon the selected storyline suggestions.  You folks are the best!)

Well worth the journey an NCIS story

How was that young college girl to know that one decision made would change her life forever?  Of course she thought it would prove exciting to work for such a prestigious organization. Never in her wildest dreams did she think that she would be one of the few to lead such a life.  What she didn’t know was that it is nothing like what you see in the movies.  Those glamorous adventures that show in the movies are so far removed from what occurs in real life.  It is hard and dangerous work taking you sometimes into the ‘belly’ of life and other times it seems like you’re in Dante’s Inferno.  But even with all of that she would not change it for the world.  She has grown since she left her wide-eyed phase and developed into a hard core professional. There were many bumps and bruises along the way.  She has the scars to prove it and the memories to recall.  Too many brushes with death made her appreciate the days that she has left in this earthly realm and too many betrayals made her more cautious in trusting others.  ‘Trust no one and believe no one’ is the thing that protected her. Can’t say that at times it didn’t remind her of an episode of Mission Impossible, when it says, “if you or any of your team is captured the Secretary will disavow any knowledge of your mission”, or something to that effect.  You have your assignment but you’re pretty much on your own as to how you carry it out.

That’s how I started in this business.  I was a little naïve college girl looking for adventure.  My parents raised me to be self-sufficient and I tell you that it helped me through many a tough time.  Who knew that the times that I spent with my relatives learning the construction trades would serve me well in my many years working for the Agency.  What a boost it turned out to be that my mother started me early learning foreign languages and my father gave me a love for the law so that the first opportunity that I had to attend law school, I took it.  Although it did take me convincing my superiors at work that it would prove beneficial to have an agent who actually knew the law.  Every time they sent me somewhere posing as a student I took advantage of the time and actually enrolled in accelerated courses and obtained degrees.  Another thing that the movies don’t show is that sometimes it takes a while to complete an assignment.  They don’t always finish in a day or two.

As far as my physical capabilities many of the things that I put my body through were not requirements but processes I chose to better myself.  I knew from the start that I had to stand apart from my colleagues.  I was a young black female in a white male dominated association.  No way would I allow myself to lag behind and give anyone any excuse to doubt my ability to do my job.  I pushed myself.  It proved to my advantage to meet along the way persons in authority who supported me in my endeavors even if they only supported me in the hopes that I would fail.  But “I can do all things through Him who strengthens me” and I did.  It was no coincidence that I trained with many of the elite military groups in the US and some in other countries.  Not just depending upon organized training groups, in my leisure time I found the underground fight clubs and learned from those groups too.

As a child I loved to walk and walking grew into running and running became my exercise of choice.  In my work running saved my life many times.  When hand-to-hand combat didn’t work and after disarming an assailant one can’t always call for a cab so many times I found myself running for miles to safety.  Just take off those heels and move your feet.  I ran through city streets, through the woods, through the jungle.  When on assignment I usually wear a protective layer on my feet that fits like a second skin.  Those folks in equipment would put James Bond’s supply chief to shame.  Maybe they took some ideas from the James Bond movies.  I don’t care because they have saved me many times.  Oh please, don’t let me start talking about all of the gadgets that I have used through the years.  Some worked better than others but most of them were ideal for the situation.

Something everyone may not know about training is that each recruit has to go through this one specialty training.   You are asked what is your greatest fear, other than death, and then they put you in a situation to allow you to confront your fear.  For example, if you have a fear of heights they have you to jump out of an airplane, or, if you have a fear of drowning they throw you in a lake or ocean and have you to swim to safety.  My fear was rats.  So what did they do?  They locked me in a room full of rats.  Now of course I had on protective gear so that the rats couldn’t bite me but it taught me to zone out.  I zoned out and went deep in to myself to where it didn’t matter that the rats were there.  I knew that they couldn’t hurt me and so I was fine.  As a matter of fact before the session ended I was playing with the critters.

Don’t assume that I succeeded in all that I did.  Failures allowed me to learn and improve my skills so that I would succeed the next time, if given the opportunity.

My assignments took me all over the world.  I brought back souvenirs from each place.  Not the kind of souvenirs that you display on your mantle. From Hong Kong I brought back a new martial art technique that I learned in a fight club in a small bar down an alley in the rough side of town.  From Bombay I returned with an aphrodisiac from a little old lady that ran a shop in the town market.  From Beijing I added to my knowledge of pressure point fighting.  Although I always returned with more knowledge I also tried to share with those who shared with me.  But in the end I think I came away with more than they did and I am the better for it.  A curious thing that I noticed though in my travels is that the people are more willing to share when you come prepared to speak to them as equals. Meaning English is not always the universal language.  I always took the time to learn the languages, as best I could, and that gave me an advantage.  Of course there are so many dialects and other nuances in many languages but if you make an effort the local people are more readily to help you than not. That’s why I didn’t limit my language training to just what you find in the books.  I spent time in local neighborhoods, sat in teashops, in bars, in restaurants where the ‘regular’ people spent time and listened to and talked with them to learn the nuances of the languages.  You’d be surprised what you can learn spending time in Germantown, or Little Italy, or even Chinatown.

Now you have to know that being a black female didn’t go so well in other countries either.  Females were limited in what they could do so sometimes that played to my advantage.  One the men thought me weak because I was a female and two they thought me insufficient because I was black.  And that followed through to the many African nations where I worked.  But through it all I survived both by my training and by my wits.  I glad that my common sense came in handy to rescue me from some of my more precarious assignments.  So you see it’s not always brawn, gadgets, or technology that prevail.  On assignment, many times what others thought were my disadvantages proved as advantages to me. Not many paid much attention to a young black girl.  She was not a threat.  That allowed me to go unnoticed and create havoc when necessary.  I loved it.

Working in this field doesn’t allow one much time for making friends.  Not even your family knows exactly what you do. It’s better for everyone involved that they know nothing.  It has served me well through the years and I really don’t feel that I’ve lacked anything as a result of it.  It is what it is.  I am who I am.

Alexis Marjorie McGregor Gibbs is a phenomenal woman and I wouldn’t change a thing about me.  What’s the old saying, ‘you change one thing in history you change everything’.  I would not want to risk losing what I have just to eliminate some hardship I may have experienced in my past.  Everything that happened to me in the past made me who I am today and I must say that I like who I am.  I remember some years ago watching this movie titled, Ruby Jean and Joe, starring Tom Selleck and Rebekah Johnson.  One line in the movie stuck with me, ‘I like me.  I’m my own best friend.’  That’s how I feel about myself.

If you had told me ten years ago that I would be married with two children under the age of ten I would have laughed in your face.  But that’s exactly what I have.  Jethro Gibbs is the man for me.  Of course I’m a competent woman and don’t need a man to complete me but I am so glad that I have one.  Jethro gives me something that I didn’t even know that I needed.  I won’t tell you what it is because it is my secret.  We all need our own little secrets.  No one needs to know everything about us.  When I reached my forties I figured that motherhood was out of my reach and look at me now.  Richard and Nicole are the sweetest children, when bean pods do not possess them. I have a family, friends and a career that I love.  Walk a mile in my shoes and you will find that I am correct.  It has been well worth the journey.

Hope that you enjoyed the read.  Thnx for reading and reviewing.